Share a memory
Obituary & Services
Tribute Wall
Read more about the life story of Agnes and share your memory.

Agnes Hunter died peacefully at her home on September 23, 2022, just a month short of celebrating her 100th birthday.

She was born to Laura (Depusoir) and Hugh Sayers in Jersey City, New Jersey on October 20, 1922. She married Clive Hunter in1947, and they relocated to Manhattan where she had all three of her children, Teri, Clive Jr., and Leslie.

One of the amazing things about her is that she almost never talked bad about anyone. Her wit and sense of humor was terrific. When I told her that I prayed that she would not die of any disease but that the Lord would just gather her to Himself, her response was: “Well that’s fine, but I’m not walking to my own funeral like Moses did.” She knew her, Bible!

Although Agnes worked until retirement from the Municipal Credit Union in New York, her focus was always on people. When she would have visitors, she would often pray with them before they left her home. She was a true intercessor and touched many lives with her prayers, as well as providing physical and emotional support for those who were struggling.

She was honored at First Baptist Church Atlanta for serving twenty years in the nursery. She loves children, and they loved her dearly, calling her “Aggie” at her request.

She liked to cook, and prepared Thanksgiving meals well into her 80’s and invited as many as wanted to come. She was also a great gift giver and had a box that contained gifts for anyone who happened to stop by.

And she loved to sing. She knew the words to many songs that were popular in her time as well as most of the classic hymns. When it was just mm and I together we would enjoy singing many hymns together in harmony.

Agnes acquired friends quickly, and for a lifetime. Many would call on her for advice and counsel, and she was never too busy to give it. Doctors, nurses, and lots of healthcare givers would always say that they wanted to take her home with them. People would connect with her from the moment of meeting

A wonderful tribute to her is that even when confined to a hospital, she continued to pray for her care givers, and that included the Chaplains that came to visit her while she was in Hospice. They always said they were coming back for more!

Often included in her prayers for others was this phrase from Psalm 17:8, entreating the Lord to keep them as the apple of His eye.

Now believe that she is with the lord, and her greeting from Him was, “Well done thou good and faithful servant!”

To send flowers to the family or plant a tree in memory of Agnes Hunter, please visit our floral store. 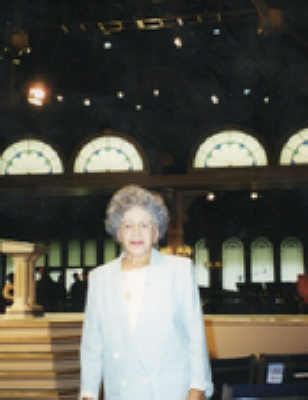 Family and friends are coming together online to create a special keepsake. Every memory left on the online obituary will be automatically included in the book.

You can still show your support by sending flowers directly to the family, or by planting a memorial tree in the memory of Agnes Hunter
SHARE OBITUARY
© 2023 Holloway Funeral Home, Inc.. All Rights Reserved. Funeral Home website by CFS & TA | Terms of Use | Privacy Policy | Accessibility